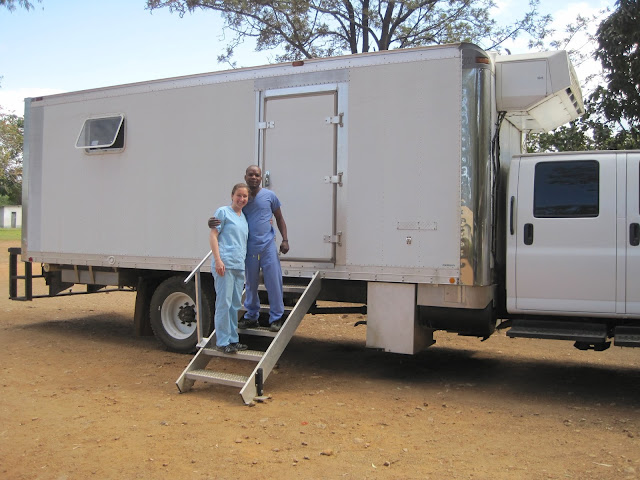 Studio Dental in San Francisco designed their mobile unit for their on-the-go patients, with two treatment cubes, a sterilization room, a waiting area and mechanical services housed in a trailer, according to an article on Contract magazine. 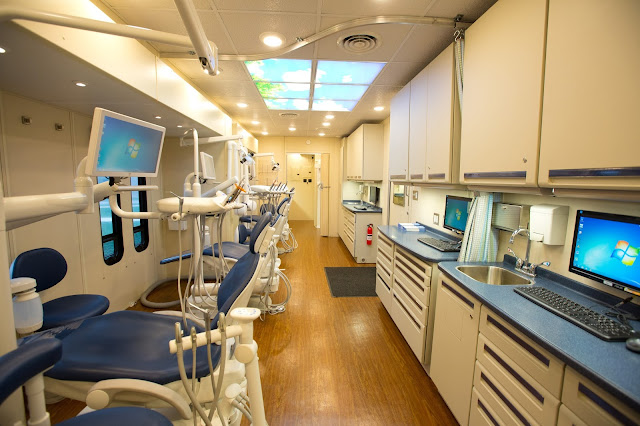 
The design team mock-up different configurations and consider alternative materials and graphics. The result is a matte black box with a jutting prow that ensures privacy, security, and cleanliness within. 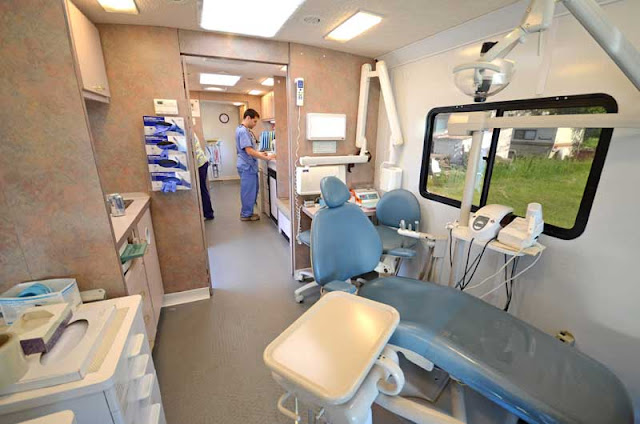 
Skylights over the treatment rooms pull in natural light. Silver decals on one side evoke the play of light through foliage, a concept that is carried through the interior in patterns of pixelated openings.
The interior features many built-in elements and every inch of space is put to use, the article said. 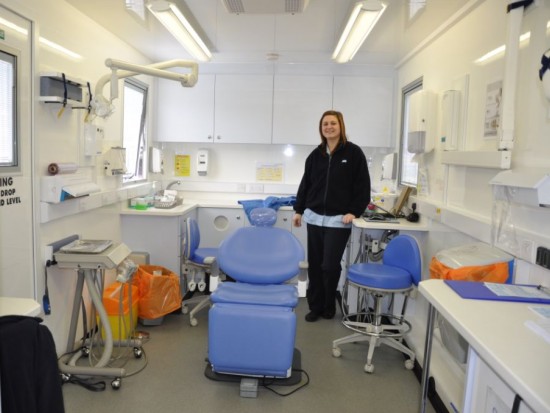 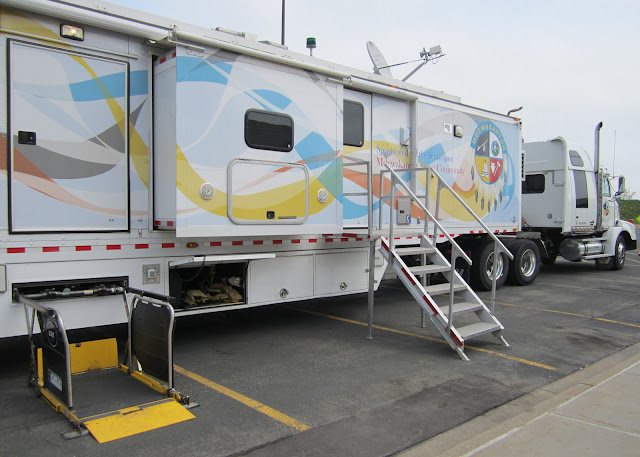