The original facilities for the sick were most likely temples dedicated to “healing gods.” Imhotep was the Egyptian healing god while Asclepius was revered in the Greek civilization. Prayers, sacrifices, and dream interpretations played a role in their healing process, but the ancient physicians also stitched wounds, set broken bones, and used opium for pain. Plans for a 5th century BC temple in Athens dedicated to Asclepius show a large room 24 x 108 for multiple dreamer-patients.
Some believe the earliest dedicated hospitals were in Mesopotamia, while other researchers believe they were at Buddhist monasteries in India and Sri Lanka. Ancient writings indicate that the Sinhalese King Pandukabhaya had hospitals built in present day Sri Lanka in the 4th century BC. The oldest architectural evidence of a hospital appears to be at Mihintale in Sri Lanka which can be dated to the 9th century AD. 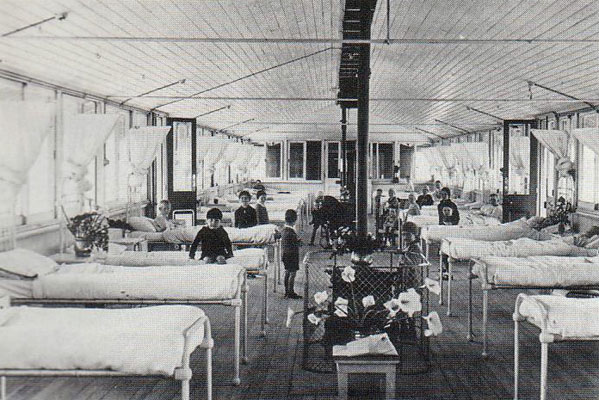 The extensive ruins suggest there were patient rooms which measured 13 x 13 which is surprisingly close to the patient rooms used today. In addition to surgical instruments, archeologists found a stone “medicinal trough” approximately seven feet in length and 30 inches wide that may have been used for the first hydrotherapy with mineral water or medicinal oils.
While the Greeks were recognized as the originators of “rational” medicine, they did not have hospitals. The physicians made calls and treated patients in their homes, a practice that continued for hundreds of years. The Romans provided us with the root of the word “hospital” from the Latin word “hospes” for host or “hospitium” meaning a place to entertain. While medical schools were established in Greece in the 6th Century BC, there is general consensus that the first teaching hospital with visiting physicians and scholars from Egypt, India, and Greece was founded at Gondisapur in present day Iran in 300 AD. 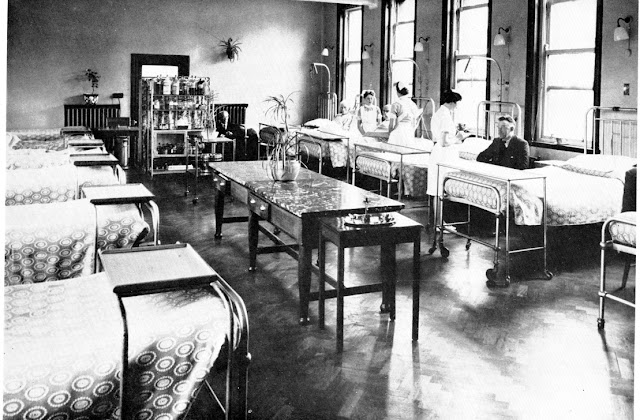 Among the early, well-documented healthcare facilities were the Roman military hospitals. The plans for the one in Vindossa in present day Switzerland built in the 1st century AD shows small patient rooms with ante rooms built around courtyards. Each room was thought to hold three beds indicating the ward concept was used early in the history of hospital development. One source indicated that similar hospitals may have also been built for gladiators and slaves due their financial value, however public hospitals were not available and physicians made house calls.
As the Roman Empire turned to Christianity, the Church's role in providing for the sick became firmly established. After 400 AD, many monasteries were constructed generally including accommodations for travelers, the poor, and the sick. The monarchs of the 6th century reinforced this role with emperors, such as Charlemagne, who directed that a hospital should be attached to every cathedral that was built in his empire. 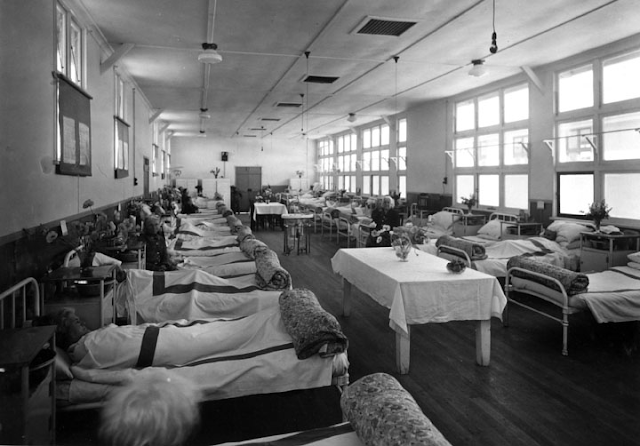 Religious institutions continued to provide most of the healthcare to the poor in large, open wards, while physicians continued the practice of making house calls to the upper class. The religious influence in early healthcare is illustrated by duties of the Warden (Administrator) of St Mary's Hospital in England in 1390. He was required to not only satisfy himself of the seriousness of the medical complaint, but to also hear the confession of the patient before admission.
The wards housing multiple patients continued to be expanded and became the standard for the public hospitals for hundreds of years. Often the wards were configured so the sick could see the altar to assist with their recovery. The cross-shaped plan, which is thought to have originated in Florence, Italy, in the 1400s achieved this goal with the altar in the middle and multiple wards radiating from it. 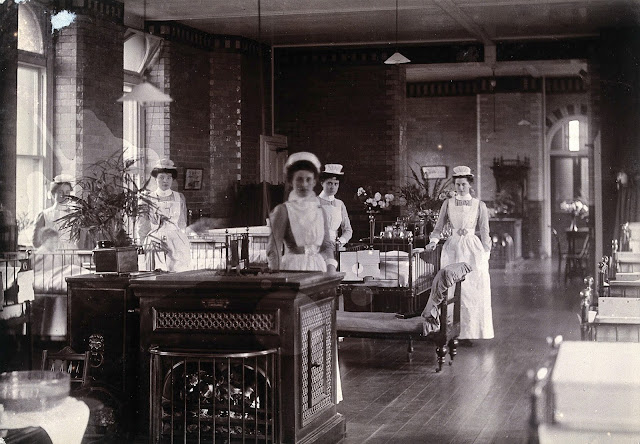 The plan is similar to many hospitals today with the nurse's station rather than the altar at the centre. Florence was well known for quality hospitals with good physicians and clean beds. Martin Luther, who was generally critical of all Roman Catholic institutions, even recognized the quality of the facilities during a visit in 1500.